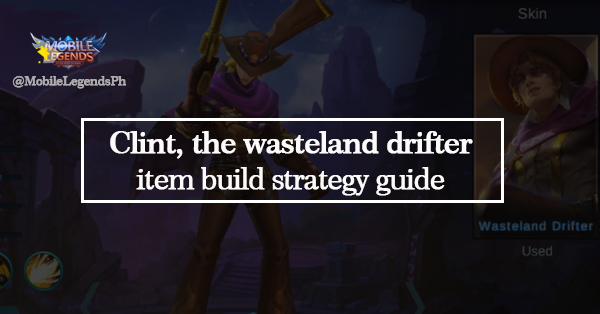 Since he made his debut in the game, Clint has been one of the most reliable heroes in Mobile Legends. His passive grants him high damage capabilities, and he also has good escaping skills due to his mobility.


While his skills can be dodged quite easily, they can deal a significant amount of damage when successful. This makes him a good DPS, better than other members of the Marksman class.

In this guide, we will look at how to build Clint in such a way as to maximize his physical attack, attack speed, critical, movement speed, and lifesteal.


There are other good builds for Clint, but you must give this one a try. You will be surprised at what you can do with him on your side.