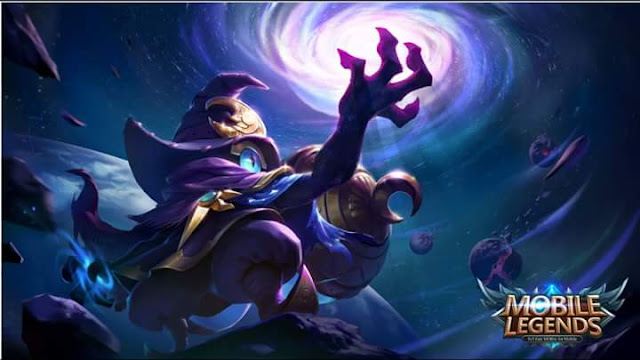 Mobile Legends has announced the 33rd hero, named Cyclops. A new trailer, which you can watch below, reveals her appearance.

Cyclops is expected to be available in the game’s play test server or advanced server after the live update and will be available for everyone else soon.

Cyclops origin, Excerpt from Mobile legends:
Cyclops is a giant with only one eye, yes, at least he is in his own homeland. Cyclops were obsessed with stars and skies when he was little.

He watched all days and nights and discovered the truth that planets were moving all the time. As regard this kind of movements, it contains unbelievable magic power.

With an hourglass to load and control this magic power, he became the famous 'Star Magician' on his homeland. Planetary movements will never stop, hence his strength is extremely powerful and invincible, which, however, made him feel lonely.

One day, Cyclops arrived at the Land of Dawn during his space travel and he found out in surprise that there were so many strong opponents waiting him to defeat. 'I come, I see, I conquer!' Said CycloIps.


Cyclops skills:
Starsoul Wave: Gathers the power of the stars and launches two shock waves of star dust, each of which damages X points of magical damage to the enemy.

Starsoul pursuit: Cyclops uses the power of stars to generate a sphere illuminated by stars that revolves around them and improves movement speed greatly over a short period of time. The sphere will attack nearby enemies (enemy heroes first) automatically, causing damage to enemies (damage done to the same target will decrease).

Starsoul Chain: Cyclops manages the power of the stars to the maximum and creates a magic sphere full of planetary power to track enemies by causing them X sts of magic damage. Depending on the flying distance of the sphere, it will trap the enemy for X s.

Passive: The reuse time for all skills is reduced by X seconds when your skills hit enemies