12 Tips & Techniques You Need to Know 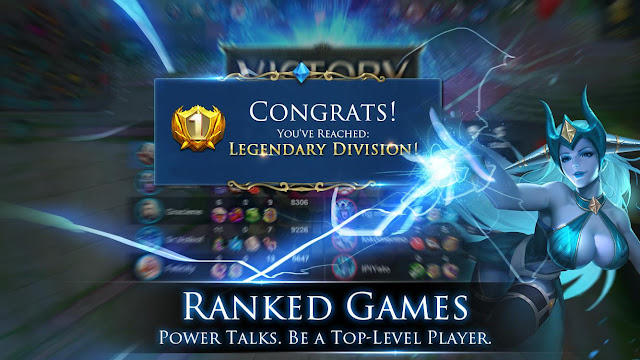 First things first, when I look for good players, I don't only look at win rate. I also look at gold per min and KDA, which then gives me a solid indicator of how good a player is. I'd say 5 KDA+ is a solid player that you can be doing with.
However, I'm not here to talk to you about doing, more of how to climb by yourself. It's a bit of a long read, and if you're genuinely trying to climb, it's well worth it.

If you find yourself playing mages often (Raf, Eudora, and Alice mainly), it will be harder to be ahead of the game, due to how much damage you'll be taking and how little your DPS is.

Thus, their roles are a little bit different. For example, a good Raf would always keep up lane pressure, meaning that they see opportunities to poke and force recalls.

On the flip side, Eudora would want to have a safer laning phase, racking up as much EXP/Gold as possible for the late game.

Tips and Techniques to Master

No matter what ELO you're in, don't ever waste too much time in lane. Jungle or stealing opponents jungle whenever you've cleared lane minions or have time.

The same thing goes another way, make sure you aren't jungling when lane minions are crashing your tower. If you can master this, you can climb to Legend+ no problem. I'd recommend taking Retribution if you want to, works wonders up until Epic or so.

2. Pings/signals are useful, so use it often.

3. Look at the minimap whenever you aren't fighting.

It takes awhile to get that down, though.

This is another key tip that all solo queue players NEED to know. If you're top lane and you see mid-lane minion wave about to crash into the tower and no one's defending it, quickly clear your wave and rush to mid lane.

This way, the EXP and Gold isn't "lost." If you see someone pushing wave or attacking the tower, you can also try and gank them, especially if they're an immobile hero. This also comes with experience on what to do.


5. BE AWARE OF THE SITUATION.

For example, you see your opponent missing from lane? Chances are, they're taking jungle or roaming around.

Quickly shove the minion wave into the tower so they'll lose out on Gold and EXP. Another option is to signal "Gather" to where you think they're farming, to either steal the jungle or to initiate a winning fight.

There are countless ways to handle the scenario, it just comes with experience on what you should do. This also applies to Turtle and Lord, you can easily check if they're taking it by scrolling the mini-map, as it shows the animations.

If you sincerely believe that you are better than the majority of the players you play with, take in charge. Make the calls of grouping up or split pushing.

Obviously, if they make a really dumb call, use your own judgment on whether or not you should follow.

Unless you need to inform your team of your strategy. There's no need to type in ALL chat either. If you REALLY want to win, sometimes you just need to ignore the chat.

I know I'm personally guilty of this, but try to resist the temptation to report back.


8. Master a few heroes, and keep spamming them over and over.

If you believe that you play really well on Alucard, keep playing him until you reach a rank where you can't seem to climb anymore. I'd say master 3 heroes and that's it.

The heroes that I currently believe are meta includes Fanny, Kaguya, Chou (not sure after nerf, though), Hayabusa, Mino, and Clint.

Obviously, there are a few others, but this is the solid foundation to start with and build up on. The only exception is that it's hard to carry with Mino, so he isn't great in solo queue.


10. Use Purify on almost all of your games.

There are some exceptions, though, such as Fanny (which you can take Ret instead) or Chou/Mino (taking Blink).

Even if you go purify on them, though, you'll still do very well. As you go up the ladder and reach a competitive level, you can then start experimenting other skills to see what fits you the most.

Another factor that plays a role in how you're performing. I know personally for a fact that I will tilt after losing 2 games in a row.

If you feel as though you aren't playing in top shape, take a break, and come back to ML later. Know your limit, play within it.


12. Know when to team fight and know when not to.

Unless your team composition is based around team fights, why would you group and face head to head when you're losing? Sometimes, split-pushing would be a better option.

This guide was posted/shared via Reddit/Mobile Legends by Zenith God. All credit goes to him.
Next Post Prev Post