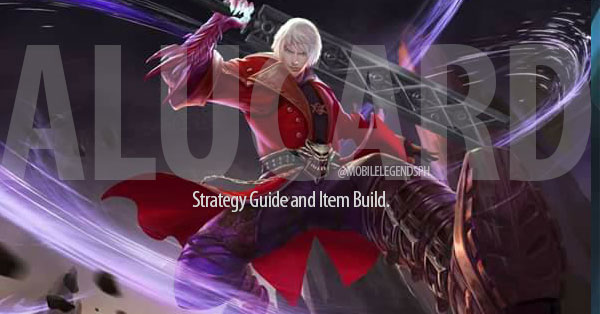 If you know Alucard’s life background, then you know he’s from a dramatic background, despite this Alucard is unstoppable when it comes to harassing heroes because of his close range passiveness.

This warrior can take on heroes one by one and can even survive without a support.

Considered as a tanker as well, Alucard builds which is a fighter hero, focuses on high hp and hp regeneration. Alucard’s uses 4 skills in total, one is passive and the rest are casters.


Alucard Skill Strategy
Pursuit Skill – Use teleportation to pursue an enemy, best used in one target.
Groundspitter – causes 260 physical damage to enemy
Whirling Smash – causes massive area damage of 230
Fission Wave – locks target by getting lifesteal and then cast attack waves of up to 440 damage


Items I would suggest you get are the following:
Hunter Strike, Rapid boots/Swift Boots then Wind Chaser and Crazed Reaper

You can also consider the Blade of Destruction – it increases your critical hit and physical damage to an enemy.

And don’t forget to get Immortality to get resurrected 2 seconds after dying and a 15% hp and a shield that lasts 15 seconds when you resurrect.

There are other good builds for Alucard, but you must give this one a try. You will be surprised at what you can do with him on your side.