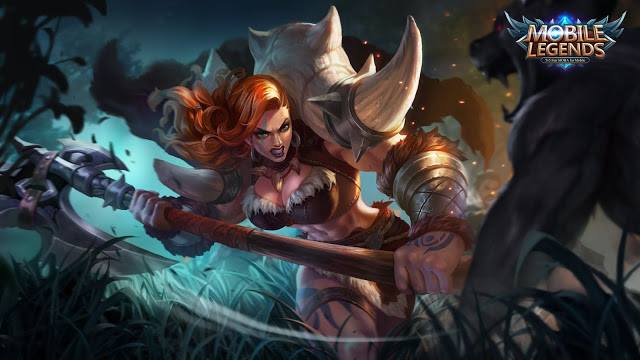 After revealing the 35th hero named Hilda on MLBB twitter, The Power of Megalith is now live and available on the Advanced Server (Patch notes 1.1.76).  Learn more about her abilities below.

The Real Warrior is Here - Hilda

I. New Hero - Power of Megalith


In the Megalith Wasteland, there’s nothing in sight except giant rocks and a few shrubs. This is where Hilda and her clan lives, in this sterile wilderness. Since the soil is extremely infertile, everyone in the clan needs to be an expert in hunting in order to find precious meat to survive.

Since Hilda was born with extraordinary strength, she quickly became the leader of the hunting team, bringing her clan abundant food year after year. However, an unknown force caused the animals in the land to become wild and eventually uncontrollable.

Hunting became harder and harder and finally, the wild animal seven started actively attacking the clans. Many of the clan members were killed, and the great priest also prophesized that a great darkness will destroy the land. Hilda, carrying the hope of her clan, sets out to the Land of Dawn to find a new habitation for her clan. She became a mercenary traveling around the world, and because of this rich experience, she became a much-trusted warrior to her teammates. 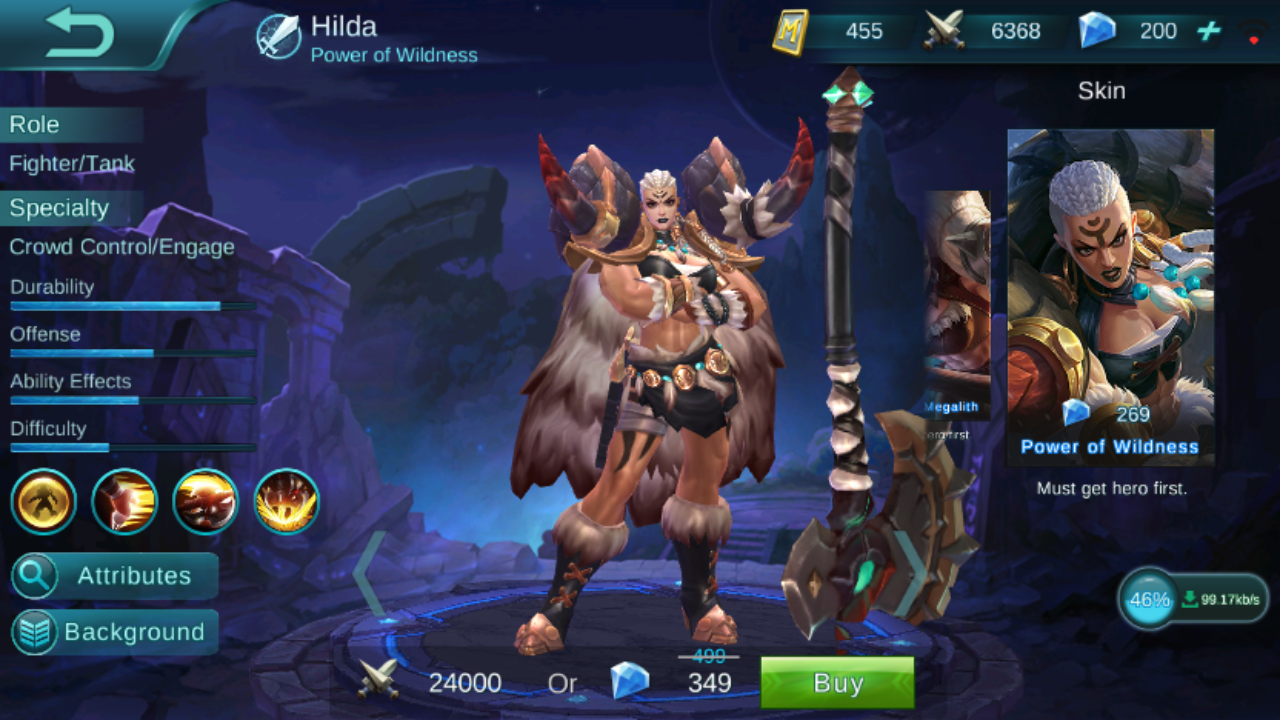 Hilda's abilities are Blessings of Wilderness (passive), Combat Ritual, Art of Hunting, and Power of Wilderness.

Hilda's role is a high durable Fighter/Tank class specialized in crowd control/engage to be available in the Philippines (Maybe Monday - Tuesday).