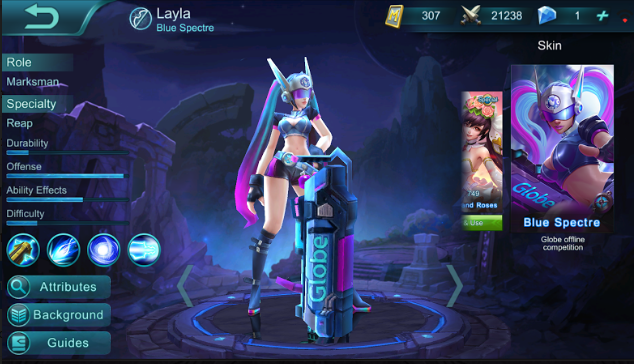 Ready your cellphones and grind for your mastery for the new and highly-acclaimed Massive Online Battle Arena (MOBA) game.

This new yet addictive game has caught the attention of various Filipinos across the country and now that it has risen to the top as a famous game in the mobile industry it aims to solidify its ground by hosting a tournament here in our very own country.

The controls are very easy to manage and the flow is similar to the other MOBA games, you move into one of the three lanes, push the lane by destroying the enemy towers and kill opposing champions that stand in your way and destroy their main tower in the heart of their base.

One difference I see from the game that can have mixed reactions from the MOBA gamers is that the shop can be accessible on the upper right side throughout the game making the itemization much easier. It is also noticeable that it shows the recommended items which will help the beginners in the game and make sure that they are on the right path.

Now that we’ve described what the game is let us return to the tournament. It is sponsored by Globe which means it is exclusive to TM and Globe Subscribers only.


All participants must register with GOSURF50 and must bring a mobile phone with internet connectivity that can play ML. The roster must be 5 players together with 1 reserve. Each player must have a Lvl 8 account and 5 heroes.


The registration would be 10-11:30 at the venue of PGF. There would be 64 slots in the whole tournament with 32 teams each day, FIRST-COME, FIRST SERVED. Each member must present that their phones have been registered to GOSURF50 and register their name, Mobile Legends ID Number, Server Number, and in-game name and their contact number.


The elimination process would be 32 teams will battle each day with the remaining four teams from the 64 teams would duke it out for the crown in the last day April 30. The champion team would acquire a huge prize of 25,000 diamonds which is the in-game currency of Mobile Legends along with P25, 000 as their cash prize. Meanwhile, the runner-ups would acquire 15,000 diamonds and 15,000 pesos.

There are other guidelines that will be followed throughout the event. Some which are important such as no hacks are allowed, the marshals will inspect your device to avoid any cheating. The employees of Globe, TPAs, organizers, the sponsors and their immediate families are not allowed to participate in the said event. Another highlighted guideline is that the winning team cannot switch team members or transfer their slot and only the registered players are allowed in the competition area and participate in the tournament.


A free skin would be given out to every player that joins the tournament, the Blue Spectre skin. It can also be acquired by participating in Globe Booths as well.

So gear up, team up and aim for the victory and participate in PGF 2017 Mobile Legends Tournament sponsored by Globe!