-->
You are here: MLPH » Lapu-Lapu Updates » Lapu-Lapu graces the battlefield in the next Mobile Legends Update

Lapu-Lapu graces the battlefield in the next Mobile Legends Update 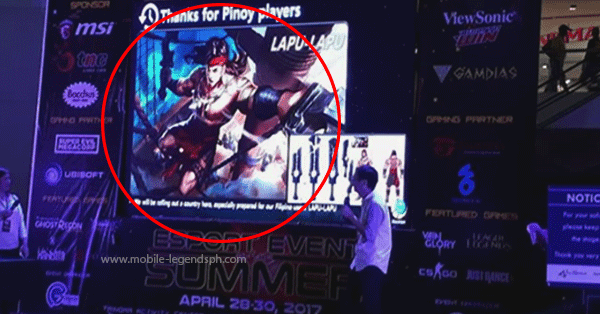 There were some leaked contents from him for a while now and finally they’ve released some details.

From the looks of it, he seems like a fighter. He would have 2 swords, which reveals that the huge one would have several parts that look separate and would form using some skill or upgrade within the hero itself.

It looks like he will be a hit for all the players especially the Filipino players. To all those who are in the dark of the story of the new hero, here is a bit of a history check.

He was the Filipino hero in the pre-Spanish period which valiantly defended the city of Mactan from the hands of the Spanish colonizers. These Spanish invaders are well-known as it was led by the one and only Ferdinand Magellan which was hugely known as the first one who attempted to circumnavigate the world.

It’s amazing how Mobile Legends created special heroes to their fans as it shows the dedication they put into the players that support their game. This move will be greatly appreciated by the Filipino gamers and will, undoubtedly return the favor but supporting the game even further.

Time will tell what other abilities the new hero (lapu-lapu) will show us on the game. Now that it’s revealed, people will wait on the other details the developers would provide us. What’s left is the hype that this hero would provide to the ones who play Mobile Legends.