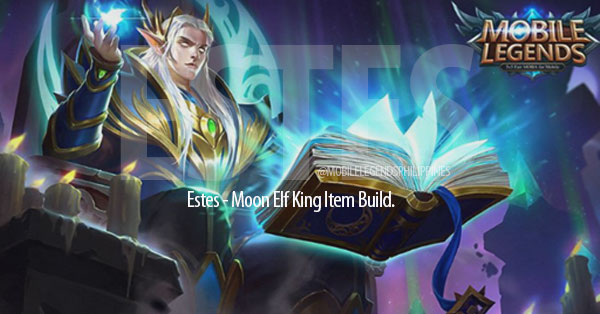 As a support, the hero is predicted as quite weak when it comes to one on one but is a very good support role in the team. This new hero is always compared to Rafaela, but you judge yourself who is the better support hero.

For the Emblem, set make sure you choose the Magic Emblem set which is more on the support role of Estes.

And from the Battle Spells, choose Healing Spell which will provide a regen of 15 % on your Hp and well as nearby team mates or you can choose Assault which increases your movement speed by 42%.

As for the Equipment use the following:

Eternal Scepter: Have passive abilities to increase your HP and increase magic attack.

Astral Wand: Additional 40% Magic Penetration and will increase attribute by 30%

Flame of Fury: Burns the target for 3 seconds, increases HP at least 10pints

Blood Wings: Adds up on 2 HP on every 1 of magic power added

Best practice when using Estes is to stick with a Fighter/Marksman and use your second skill, this will lessen the enemy’s hp whilst being attacked by your fighter whose hp is being regenerated through the second skill.

The second skill is actually really helpful when it comes to healing teammates at the same time inflicting damage to enemies.


There are other best builds for Estes, but you must give this one a try. You will be surprised at what you can do with him on your side.