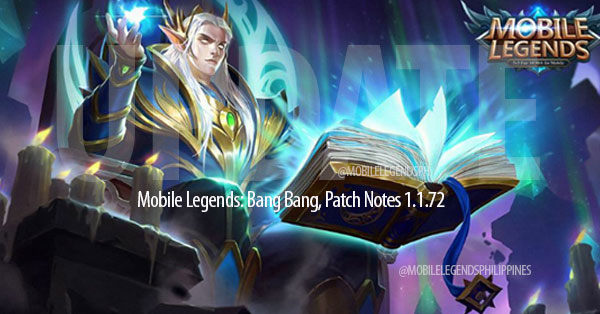 We realize that when you meet AFK teammates, it makes for a bad experience in the game. Therefore in the current version when AFK behaviors are discovered, in the case where the ranked match results in a loss, for players who complete the match normally, and are not in a pre-arranged teams with the afk player, we will be giving extra protection points by a multiplier. Note: If any of your pre-team friends go AFK in the game, you will not be able to enjoy this extra protection points benefit.

In this version, we have rolled out new in-game broadcasting function, which allows users to share their fantastic battle experience with other users freely.

In the current version, we have mainly increased the damage dealt by Tanks in the early stages, also allowing Tanks to deal stronger damage when cooperating and teaming up with others in the early game, rather than just being used to defend passively. We also optimized the targeting mechanism in battles. In addition, in the new version we have reworked our old her Franco, and added more in-game contents. We are very happy to be able to grow and share these new developments with all our players everywhere.

update, The demonstration voice of Alpha’s skin – Onimusha Commander has been optimized.

1. In-game live stream feature is available now. It functions include:

A streamer Info card has been added to the player basic info beard. Players above Master division can apply for being a game streamer to become a superstar!
Streamers can turn on the in-game live stream feature, and then your matches can be watched by other players and you can receive gifts from viewers to get lots of diamond rewards.

When streamer players turn on the live stream feature, they can broadcast their games live. Those who have a high popularity will be recommended by the system and show up in the Game Live Stream List and become superstars.

There will a Streamer Popularity Leaderboard and a Fans Leaderboard. Let’s see who can be the biggest superstar in the world!

Worldwide live stream tendency, come and take part in now! Will the next most popular streamer of Mobile Legends be you?


2. New spectator chest for Arena Contest. Every time when the total gifts sent in the match reach 3000 diamonds value, all spectating players can claim the rewards in the chest before the countdown is over.

Every player can claim 5 chests at most per day. The chest contains Emblem Fragments, Battle Points, Tickets, Double Cards, Skin Fragments and other random rewards!

Optimized skill descriptions of heroes to make them easier to understand.

Summons Monkey: Now players can control the behavior patterns of Sun’s doppelgangers. In the attack mode, doppelgangers will patrol around the present position and attack enemies (except jungle monsters). And the attack mechanism of the Follow mode is the same as it in old version.

Planets Attack: Initial damage of each sphere has been increased.

Recommended gear has been adjusted.
Repaired the bug that the ultimate skill couldn’t pin the target on the wall.

Repaired the issue that The Way of Dragon still could trap the target even when the second-stage attack doesn’t succeed.

Repaired the bug that when Natalia went stealth mode in bush, nearby enemies also would get the exclamation mark prompt.

Skills performance has been adjusted.

1. In order to improve the Ranked Game and competition experience and to reduce the level gap between players in the same match, now when friends make an ore-team to play, teammates must all be the same division or two adjacent divisions.

2. Now the skill wheel’s position is fixed on the screen, which will guarantee that all virtual buttons’ dragging area won’t go beyond the screen.

3. In previous, when the jungle monster that player is attacking went into the bush, the player would lose the division of it if standing out of the bush. This issue now has been optimized: players can see the attacking jungle monster event it’s in the bush.

5. Armor and magic resistance of minions that are strengthened by the Lord have increased by 20%.

6. Target selecting logics of basic attack and skills have been optimized:

b. Skills now always attacks the lowest-HP enemy within the attack range, unless players lock on another target manually.

c. Optimized the Hero Lock Mode. Now it only locks your target on the selected enemy hero when tapping the mini avatar, but it won’t launch attack. Tap the avatar again to cancel the lock.

d. Now if you select a target to cast a single-target skill, the within next 1 second, your other skills will also choose to attack that target first.

1. In the Custom Mode, 3 observer positions are added to the Draft Pick mode. Observer players can watch the game in real time.

2. Now friends’ private messages will be preserved for only a week.

3. I n the Ranked Game, the function to send win rate and number of matches played will continue to be available after players select their heroes, and the info will be in the language of player’s own game.

4. For AFK players, we added a pop-up prompt and optimized the system assessment towards AFK behavior.

a. Optimized to pop-up prompt of (Quit Squad). Now players can only leave the squad after inputting ‘Quit’ in the window in case of mis-clicking.

c. Players can get clearer feedbacks when operating on the squad interface.

d. Optimized the function of inviting friends to join the squad.

f. If players are in a squad, the short name of squad will show in the front of player’s own name.

6. (Top Squads) leaderboard has been added to the Leaderboards section.

a. It will rank squad according to their power points in this season. Top 5000 squads can get rated, and top 100 squads will receive prizes.

b. Squad Power: Power will be calculated when 5 squad members together play the Ranked Game over 20 times.

c. The prize for each member in the same squad is the same. But only those members who have played 20 games with other 4 members together in the Ranked Game are qualified to claim prizes.

d. Prizes (for each member):

e. Top Squads leaderboard refreshes at time 5 a.m. every day abd is in accordance with the Ranked Game season. Squad power reward will be calculated and sent when a season ends, and the leaderboard will be emptied.

8. Rewards for 7-day login event have been changed:

a. Now the rewards are richer.
b. Now rewards of every week won’t repeat.

9. (Custom Mode – Draft Pick) The banned or selected heroes will show in grey color (before they didn’t show in the list)

1. Repaired the bug that displayed medal and medal points were not correspondent with the actual.

2. Repaired the bug that if some heroes were in the Starlight Member free rotation and in the common free hero rotation at the same time, they couldn’t be used in the Ranked Game.

3. Fixed the problem of the black screen when sharing the game result.

4. Fixed the problem that in a rare condition, some players may be kicked out of the game back the homepage and couldn’t continue the game.