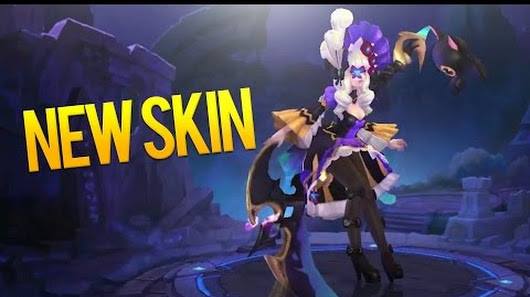 Mobile Legends version 1.1.78 Patch notes is finally here. This patch notes consists of the changes in patch 1.1.76. Some bugs that were seen on the previous update fixed. New Ruby skin released, and more. Enjoy the changes!

Hilda
The power of Wilderness: New skill effect: when the buff reaches the max number of players, the skill damage will ignore 40% of target's armor.

Clint
Fixed the issue with the Ult skill the number of stacked grenades not showing.


Immortality
Unique Passive - Resurrect: the damage - absorbing amount of the shield received after resurrecting adjusted from 600 - 2000 pts to 300 - 1000 pts.

a) After players finish the current  7 -day sign-in session, a new session will start.
b) Now the rewards are richer and every new 7-day session have different rewards.

2. Optimized the animation display of victory and defeat.
3. Friends System:

a) Now players can see the upper limit of game friends number and the current number of their game and FB friends.
b) New keyword search the corresponding player in the friend list.

4. Chat system Optimized: Players who loved chatting now can come together and have a better communication experience.
5. Now it will show the squad short name on the battleground score table and battle result table.
6. Live stream list upgraded: Newly added some spots for recommended streamers.