-->
You are here: MLPH » Bane News » Bane’s Upcoming Rework, will Bane be pulled back to Davy Jones’ Locker?

Bane’s Upcoming Rework, will Bane be pulled back to Davy Jones’ Locker? 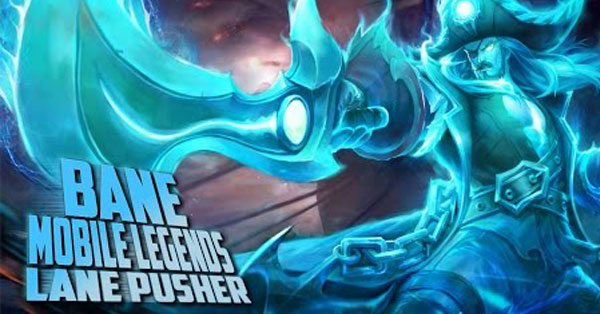 With the barrage of reworks coming into play this year, the community has been asking questions left to right with the developers of Mobile Legends.
Since they’ve talked about on reworking Nana by changing her splash art, this time the spotlight is on Bane and his possible rework.

Last May 1, Arnold, one of the designers of the game has answered a question regarding the Lord of the Seven Seas. He told everyone that Bane has received lots of feedback and they’ve decided to put him on the list of heroes to be remade.

He said that the problems that lie on Bane are his role and the issue regarding his skill set. First, his role is awkward. Then, they’ve also pointed that the skills in Bane’s kit are independent to each other. Meaning there would be no synergy and combinations to make his impact on the game worth doing.


For this to be evaluated, let’s look at Bane’s skills. His skills involve the passive which every 6 seconds, increases his damage input and makes it splash. The first skill that fires a cannon that deals 330 damage with a splash buff. Second skill that heals up allies and himself and finally an ultimate that summons a battleship to barrage enemies, that’s his breakdown of his skills.

Looking through Bane’s abilities, it would be hard to combo someone with the kit. This finalizes the deal that would send Bane back to Davy Jones’ locker or to put it simply, back to the developers’ hands for the rework, give the devs 2-3 months according to Arnold himself.

What are your thoughts of the future Bane rework? Stay tuned for more updates of Mobile Legends!