-->
You are here: MLPH » Lapu-Lapu » Lapu-lapu’s Gameplay in Mobile Legends 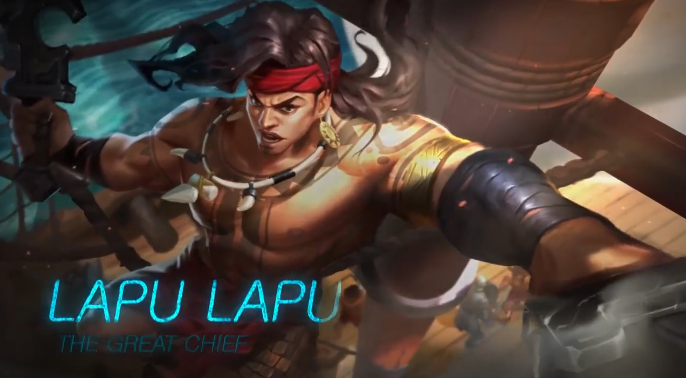 The release of Lapu-lapu in the Advance Server and people have been playing him since release, a lot of YouTube videos spawn and showed us the capabilities of the new hero that will arrive in Mobile Legends’ formal servers in a couple of days ahead.
So let’s review on how Lapu-lapu’s gameplay will be.

According to the Hero Reveal video of Mobile Legends, Lapu-lapu can withstand damage and deal significant damage to the opponent and on the other hand he also has high offense that would make him be considered as an assassin as well.

From this, we can see that Lapu-lapu would be a hybrid of the two, making the players choose what path do they want to do, would you initiate and contribute big-time in dealing damage enemies or would they assassinate the squishy carries, it’s up to you.

Being a fighter, you could have a high damage output that would make you versatile in team fights, you could also initiate fights with first skill to trigger enemies and start a team fight, don’t worry Lapu-lapu is resilient with his second skill’s Heavy Sword State increasing his defense in both physical and magical aspects and his passive that would conjure a shield.

We could also take into account that Lapu-lapu has a lot of damage built in his kit. You could unleash the first skill to initiate damage and strike with your second skill. If you plan to solo an enemy then you could use your ultimate for another set of skill plus the damage and stun that would devastate your opponents.

Once it has been official released on May 23-24, go and try him.

He is a hero with a potential in dealing damage without the worry of being pinned down by a counter-assassin. For more updates, stay tuned!