WE GET A FREE SKIN! Reworked Skin of Layla 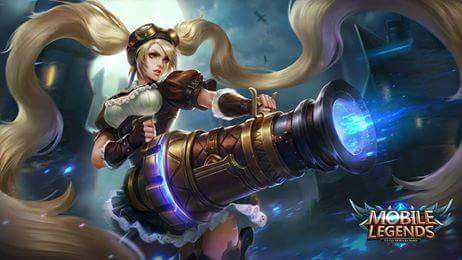 As the developers of the game keep enhancing their graphics capabilities, they’ve been updating champion default skins and they’re toiling hard to make it the game better.
With Nana’s splash art being improved, now we’re being presented with a new default skin of our beloved hero, Layla and it was presented just now in the official Facebook page of Mobile Legends.

From the video that the game presented to us by the MLBB page, Layla has a new look with the rework. She has a blonde hair and she’s rocking with the steampunk look (oh, for those who does not know what Steampunk is, its definition is a fashion trend that mixes the historical elements with the looks of steam-powered machinery) as seen from her pilot goggles and his cannon that really takes look artistic in a sense.

So what happens to the original skin? Well, the developers have announced that the previous skin will be awarded to the players after the patch has been released. This means that all of us will get a free skin of Layla, this is great because other players love the original blue hair and futuristic gun that the previous default skin has.


So what do you think of the new reworked skin of Layla? Do you rock the steampunk version that she has now (her outfit made me think that it is resembling a maid except the dress is a brown maid outfit instead of the original black color) or do you prefer the original blue one? For more updates, stay tuned!