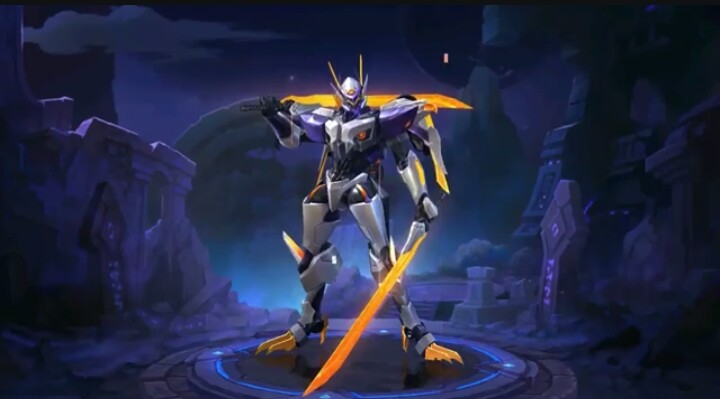 It seems like Mobile Legends are giving us one of the best, if not the best skin yet. Details are not yet given if it’s a buyable or box event but with the looks of what I saw from the video is that it is buyable.

It’s a skin of Saber, it’s called CODENAME-Storm and the way it looks is like it is mechanized together with the animation of flying because of his wings that is described according to the video.

It may reminds us of the old mecha animes such as Voltes V and Daimos and other series like Transformers, but enough about those stuff let’s return to the other features this skin includes.

The skin includes a special avatar border for buying the said skin and it’s dope like Saber’s skin with the Chrome Blue with the yellow and light orange stripes that come along with it to bring in the mecha vibe of the border.

Another thing to note is that Saber has the special recall animation that shows him sheathing back his swords and flying across the sky!

Now, how cool is that right? And before we end the skill of Saber has a new visual overhaul as well. We can see that his abilities have been shown with the effect of the mecha skin making it cooler.

It’s all the information we have for the skin but we’ll soon know how much is the skin so for more updates, stay tuned!