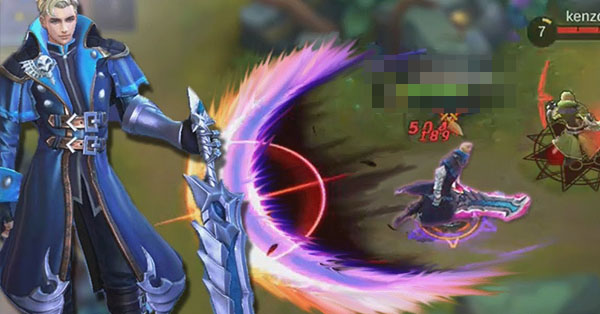 In every Multiplayer Online Battle Arena (MOBA), Koreans are always on top. They have plays and builds that prove their keen dedication to the game which will innovate the play style of a certain hero.

Korean builds are known to be eccentric and weird to the point, meta build users doubt it, but those builds prove to be a strong one that it may counter the meta ones. In Mobile Legends, there are also builds like that and today we’ll feature Alucard’s build!

The first item is a Hunter’s Knife. Sounds weird right? But the effect is great as Alucard you should visit jungle monsters which will boost your gold productivity.

Every time you disengage, it is best to kill one or two jungle monsters to boost your gold. Farm the lane and kill off overly aggressive champions and build these items.

Thunder’s Belt
Magic Shoes
When to build: Early to Mid-Game
Why: It gives off movement speed and cooldown reduction, which would be best to spam Alucard’s skills

Scarlet Phantom
When to build: Mid-game going to Late-game

Why: For this, get a Wild Blade first, it will contribute a lot. With the Attack Speed, Crit Chance and additional damage, it comes with a great passive which called Frenzy, Critical Strikes will increase Physical Damage by 10%, which has a 2 second effect. Great for taking down enemies.

Blade of Despair
When to build: Mid-Game
Why: Not only will it boost your damage, make your hits faster and crit chance, but with “Despair”, its unique ability, it will make deal 15% damage when an enemy is at an abnormal state such as stunned, knocked airborne, disabled, etc.

Haas’ Claws
When to build: Mid-Game
Why: It has an insane unique ability called Insanity which will make Alucard a good finisher and more sustainability in fights.

Berzerker’s Fury
When to build: Late-game
Why: This will be your finishing item, with increased Physical Damage, +25% crit chance, +40% crit damage as an effect and together with a passive called “Doom”, It will improve physical damage by crit strikes with a two second effect.

With these items at hand, some may be unknown for Alucard, but trust us, it will wreck people up, just play it well and it’s history.