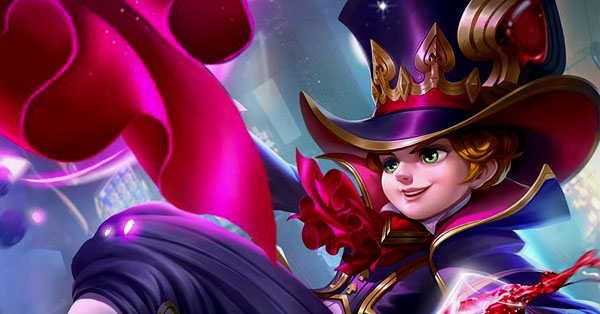 So, it seems that the developers are unfazed by the rival’s lawsuits and they will keep on showing their dedication to us players of Mobile Legends. Because today we will unveil the new hero that will be a mage named Harley.

His appearance looks like a young child, where he wears a purple hat with gold and red design in it. He has blonde hair. He wears a regal suit that shows his mage aspect. You will always know of him as a mage without the skin.

The lore is pretty interesting and we will show you what it is.


He was a young mage studying in Lion Academy of the City which he was blessed a goddess, with that blessing he was gifted with an ability to master every spell in the quickest way possible. And when he and his friends went on an adventure in the middle of the night, they heard whispers of a conspiracy organization which is called the “Dark Wizards” and planned to stop them. They needed to find the secret base of that organization and Harley suddenly opened a portal which leads to the other side of the Land of Dawn, which was called the “Scholar City”. Together with Lolita, Bruno, Alpha and Saber and Runae, they destroyed the core of the boss of the Dark Wizards which increased his battle techniques which started his journey to the Land of Dawn.

As we see from the lore

This hero is awesome as with his band of young friends, they stopped a crisis that may cause conflict to their homeland, making them young heroes. They also mentioned heroes of the game which was Harley’s friends so we know what heroes have a special connection to him.

Now, we will look at his potential skills, as this still needs final confirmation, we will see sneak peeks of which may make or break our latest hero.

Possible Ultimate
Locks an enemy target in sight, and launches a fire ring (can be blocked by other heroes), dealing x magical damage at hit and generating a big fire ring around the target for x s which allows Harley to deal damage to the target by hitting the fire ring. Then it deals x and x% damage taken during this period by the target magical damage after.

Now, we know that we’re still missing a skill here. It seems like Harley will be most likely a mage that can hit fast and deal damage, while at the same time, have skills that deal humungous damage.

For now, we are still unknown on what play style he might bring in to the game, so we still have hype to believe in. For more updates regarding Harley and the game, stay tuned!