-->
You are here: MLPH » Guide » Hayabusa Rotation and Gank Guide 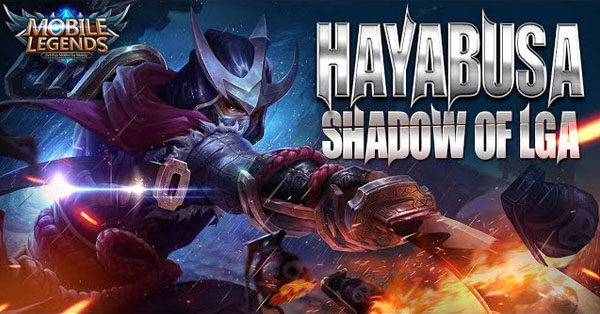 As an assassin, Hayabusa can roam and gank to ensure some kills to obliterate enemies but it’s not as easy as it seems. Hayabusa can be hard or easy depending on the one that uses it. Here’s a quick guide about his rotation and ganking.

Rotation in Hayabusa is limited within the early stages of the game, Hayabusa’s ganking isn’t as great compared to the mid to late stages where he has AD items and he lacks crowd-control so dealing damage in team fights isn’t effective as it would be.

So wait until level 8 to get your desired AD items and your skills are much more efficient. If you see a top lane fight going on and the enemy minion wave is closer to your turret, clean that one out before setting up the gank above.

How you should rotate as Hayabusa.

From level 1, you should force the push of your minion to the enemy tower to keep the hero you are faced with distracted and then, go to the blue buff by hiding in the jungle, when you reach level 2 it should be easy to steal or simply get the blue buff. Now, if the bot lane is having a team-fight below, you should aim instead at the small camp to gain more money. Then catch up on the enemy blue buff monster, if you missed just go to your team’s blue buff.

Always have a shadow behind your first turret and one at the front, to clear the minion wave and return home safely. Avoid having unnecessary clashes with you enemy laner to have enough health for a gank. Make sure if you do go gank and visit the sidelanes, you should have a shadow behind you to ensure your safety in clashing with your enemy. Make sure you have the upper hand or you are confident enough to get the kill, or else, you just wasted your spells and possibly give your enemy an easy score.

Your main damage dealing skill is your first skill, but full efficiency will only be met if you hit the enemy with the shurikens three times. To add to that, to have a great gank, make sure that you have a shadow directly in front of your enemy, that way, it can also deal damage. Initiate with your second skill before your ultimate. Make sure, that the minion wave is gone or you don’t have minions to face to unleash full damage to your enemies.


How to counter gank.

Always look at the mini-map to see if there are missing enemy laners, if they are, chances are they are planning to gank someone, including you. Before you commit to your enemy laner, check the mini-map. Another tip to avoid being ganked is to always have a shadow behind you, preferably with a tower or a minion. You can escape with it and make sure that you won’t be focused that much. Always have an escape route every time you engage!

Your main tactic is to wait for the enemy backliner to show, this may be an ADC or anything squishy enough for an easy kill, although it can also be not an ADC, something that would have low health and easy to kill. Always have a shadow in the area where it might show. If it does, go in, use your first skill, auto-attack, repeat and secure a kill. Once you get their backliner to low health, if they don’t kite you down, just use the ultimate and unleash havoc to them. But if they do decide to knock you down, use your second skill to retreat and be patient. Once your second skill is up, repeat the step, but before doing that, know your team’s current status. If they are all dead, don’t attempt if the enemy team still has a lot of HP, but if they don’t clean up their mess. If you retreat, save your ultimate to clean a minion wave.

So that’s all for now and hope you become a better Hayabusa player, for more information about

Hayabusa and the game, stay tuned!