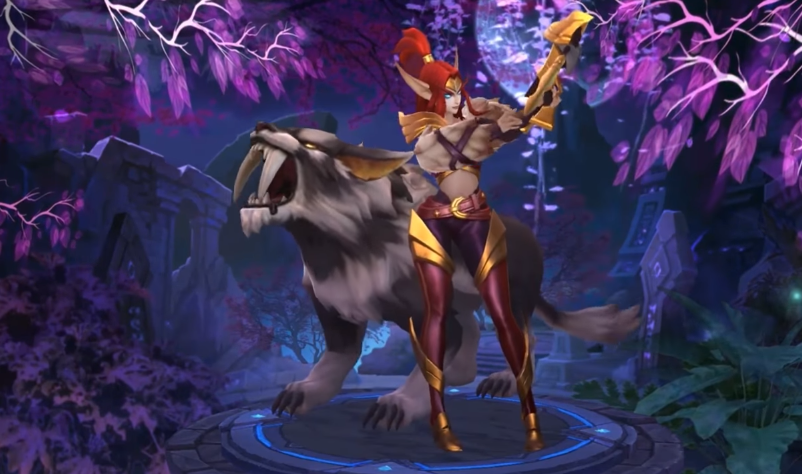 Irithel was abandoned as a child in the jungle by her parents. Under the guidance of the God of the Jungle, a female smilodon that had just given birth adopted her. Under protection of the mother smilodon, the little smilodon Leo and Irithel learned to hunt, survive - she grew up like an animal. During a territorial fight, the mother smilodon was badly injured. When Irithel and her "brother" Leo went into town for help, these "smilodon children" were captured by a slave trader. When the cat elf mage - Nana passed by, she couldn't bear to watch them get beaten by the slave trader, so she used her supernatural strength to save these 2 poor children. With the help of Nana, Irithel learned to speak as a human and also learned how to fight, while Leo grew up to be a strong adult smilodon. However, to this day Irithel still hates human kind and trusts only her friend - Leo.

Shoots a round of arrows at target, dealing physical damage to enemies within the area and reducing their physical defense.

2nd Skill: Force of the Queen

Irithel jumps forward with Leo and reloads her heavy bow. Her basic attack will deal physical damage to the target and surrounding units.

Irithel is so perfectly in sync with Leo, that she can continue to shoot while moving. 3 heavy arrows are fired with each basic attack.