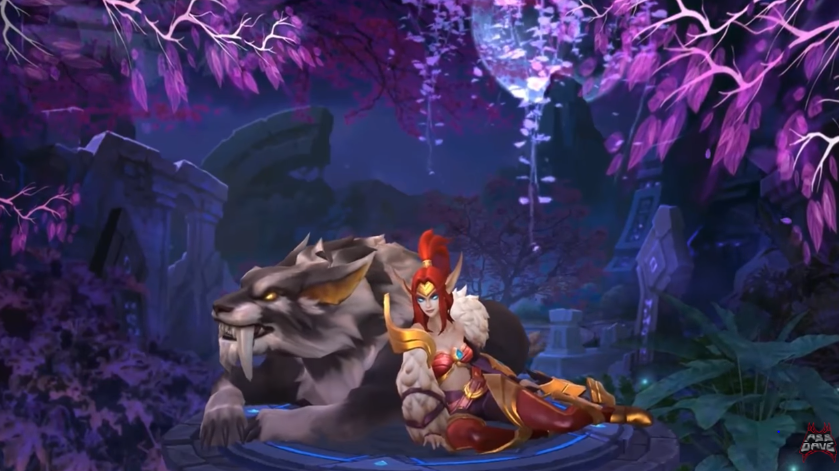 Are you expecting a news regarding Mona, Mona? Mona who?

As you can see here, the developers have played with us again with the sudden name change of the newest hero to be launched in the game.

From Mona they’ve changed its name to Irithel, now if you’re going to ask me for the reason; I am also totally out of the blue. But hey, at least we’ve been given a view of how she looks and I can say that she looks badass for me.

First, let’s describe her partner-in-crime, Leo, which looks like a Wolf with a Sabertooth to me so I don’t know the exact specie of that pet. But he has pointed ears with mostly black with little white fur, he has indeed sharp claws. Leo really resembles on how a wolf would look like.
Let’s now talk about Mon—er Irithel. She is an elf which has a red long hair which would be ponytailed, probably to have a better view of the battlefield. She has a daring outfit with only wearing Battle Armor for her Breasts. Her bottom though is well-protected with armor that has maroon, gold and violet colors. On her shoulders, are fur gears of a beast she must’ve bested in one of her skirmishes but nothing is confirmed. She wields a golden crossbow, which has been shown in her trailer when she took the marauders.

Considering Leo is Irithel’s pet, he is shown to be loyal to her as he presses his head to her while standing, showing affection.

Game play hasn’t been shown yet but at least we get to see what Irithel and Leo looks like. Will Irithel ride Leo as a mount or will they be separate as an individual entity but act as one hero though.