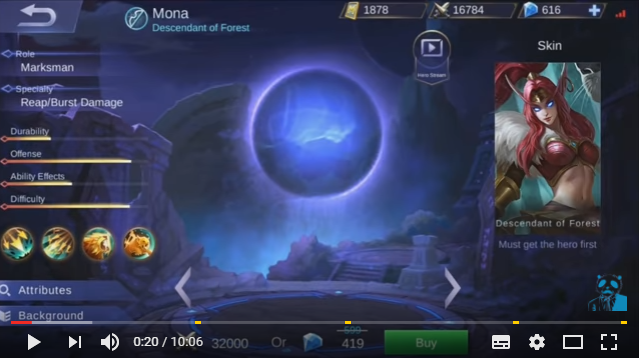 Yesterday, we were suddenly shocked when a mysterious hero suddenly appeared in the shop. This one was not announced by the developers and players were given a shock as a treat of what this hero might be.

The skill text and background isn’t written in English so the majority is still in the dark of what this hero might have on its sleeve so hype is real on this one.

According to the hero information of Mona, she is a marksman so ADC lovers would have a great time with her, I bet. Her specialty is relying on burst damage which may be helpful on defeating squishies too. She has high offense but mediocre on durability and difficult to wield according to her meters.

But enough of that stuff, let’s delve in to what the avid gamers of Mobile Legends have found. The skills of Mona, now, while there is no official English translation of the skills, this is the translated ones by fans so be cautious on what you might read. 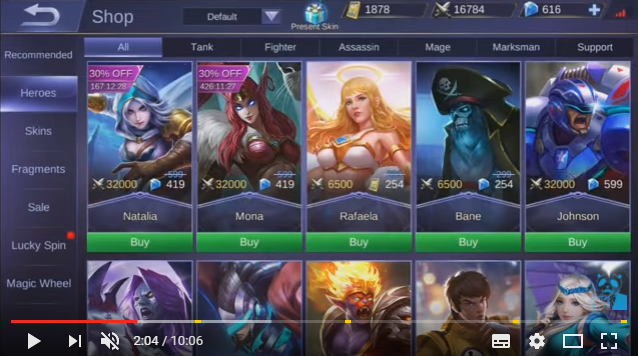 Passive: Mona with superb riding skills allow her to move while attacking or casting spells. Each time attack will release 3 arrows.

In my opinion, the passive is enough to create hype if this skill is really legit! Imagine attacking enemies on the run without stopping. She can micromanage her opponents to oblivion and the other skill is just the icing on it. Her attacks will release 3 arrows. Imagine the damage it will deal with the enemy hero she would face, it would be devastating.

Shooting arrow/bolts to a specific location, deal 250 dmg, lower 15pt defense, lasts for 3s
Nothing too crazy here, the damage is noticeable and the lowering of the defense. This might be great for harassing enemies but without videos, we can’t say for sure.

Leo roars, deal 200 dmg, slow down enemies for 2s
Now what I think here is that, Leo is probably a pet animal of Mona, we cannot see what Mona really has. Is she walking alone? Or does she have a pet companion that she rides. The latter is plausible as the hero’s name is Mona and not Leo, and with her design in the skin, it might point out to a woman that has been born in the wilds. And, from what we see from her portrait on her skin, is that there are whiskers. Chances are this is a Lion or Tiger.

I think we can assure that Mona will have a mount, a pet named Leo and she will make it leap forward to the enemies. This ultimate is great for starting team-fights, in my opinion. As the fight ensues and Mona leaps forward, her damage will be increased and critical too, making her demolish her enemies with ease.

That’s all for our Mona hero pre-release breakdown, what do you think of the newest hero in the game. For more information about Mona and the game itself, stay tuned!
Next Post Prev Post