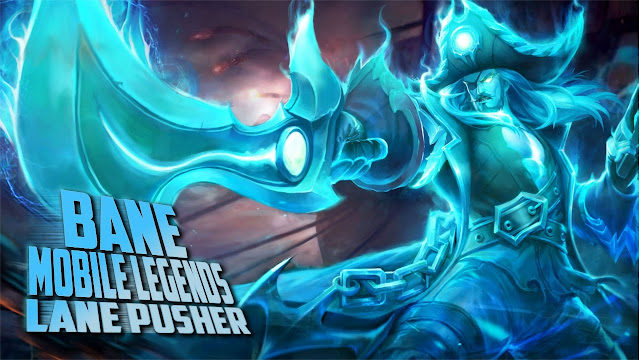 There are many ways of playing a hero in every Multiplayer Online Battle Arena or MOBA. This time, we will feature a play style that would be interesting to use especially if you want to carry team in a different way.

As the title says, we will do a build that would make Bane destroy towers more effectively, making a big impact on the game. Now, you guys might be wondering why to focus on wrecking towers than an overall build. Well, for a team to be successful, they must have the mindset of taking objectives, such as a monster that can give global gold to the team and towers that would reduce the enemy team’s safe areas. With this guide, you can be ensured to win because of the objectives.

How to play Bane (Mobile Legends)

Now for the guide, emblem should be a tank. But why tank, you ask? Sure, we want damage but you need to live long enough to destroy a tower so, tank emblem it is. Battle spells should be Flicker and/or Purify. Flicker is self-explanatory for utility purposes and Purify is for those heavy CC hitters.

Now to explain the build in order, first would be Dominance Ice. Dominance Ice is a great first item for a Tower Destroyer Bane. It gives off great cooldown reduction, armor and mana which will solve your early game problems of spamming your skills to harass enemies. It's unique passive “Arctic Cold” helps deter your opponents in annihilating you.

Second item should be the shoes, go with Magic Shoes, which CDR will help you in the long run, especially in the ultimate which will be more explained later.

The third item is Hunter Strike, gives you more physical damage and cooldown reduction again. Your skills will be spammable from now on which can help you achieve victory easier.

Fourth item is the Malefic Roar. It gives off physical attack and armor penetration but what is better is its passive. The passive will make your basic attacks ignore 20% of the turret’s armor, basically what we need as a pusher, a turret pusher (wouldn’t like you guys having the wrong idea). Finally, Immortality, with its high HP boost and magic penetration, its passive will make you more of a threat in lanes. Dying won’t stop you from destroying their turrets a second time!

Blue buff is great for early game but if your teammates need it, give it to them, it may impact the game. Same goes for blue buff. Second, max your 2nd skill. This may again sound weird to those who want to play the common builds, but for a turret pusher, you will need more heal in the battlefield to inflict more damage against the turrets. But we will of course, not forget the first skill. In the late game, it brings a bang to the enemies.

Spammable in the late game, you can kill enemy heroes while destroying turrets, now that’s a win-win. Potions should be decided by the player, red for more damage and lifesteal and the orange one for more survivability in the lanes.

That’s all for the Tower Wrecker Bane. Here’s a glorious push to victory! For more guides and information regarding Bane, and Mobile Legends, always stay tuned!