Hi guys!, We have here the latest information about Argus, the Spirit of  Night. The newest fighter hero added for Mobile Legends patch notes 1.02.14.

Argus and Rafaela were heavenly angels that descended into the land of dawn at the same time One responsible for eradicating evil, the other for eradicating suffering. As Argus went through countless battles, he soon became obsessed with the pursuit of power. One time during the battle heard the call of an ancient being, Argus soon lost control of his ambitions and became corrupted. He was able to gain even more power. Now Argus wanders the world seeking conflict and war so that he can consume more lives with his blade.

Warmonger Passive
Taking or dealing damage will charge the demonic blade (blade will charge faster,  the lowers Argus's health is), when fully charged Argus next basic attack will be two quick basic Attacks, will deal more damage the lower Argus Health is.

Demonic Grip
Send a demonic hand a targeted direction, the victim will take 175 points off and be pulled towards Argus, for a short period a charge attack may be activated, dealing 125 points of physical damage. If there are no targeted enemy heroes, Argus will be pulled towards the direction of release.

Meteoric Sword
After a short period of charging, Argus will strike the enemy with his demonic blade,  dealing 400 points of physical damage, causing a bleed effect for 5 seconds, enemies under bleed effect  will leave a blood trail that Argus can follow or increased movement speed.

Eternal Evil
Transform into a fallen angel, 5 seconds of immunity from death, 20% percentage of damage taken during spell duration will be converted to Argus's health pool. 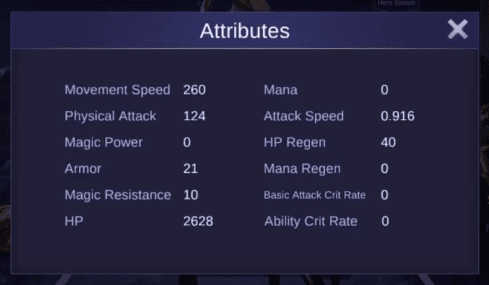 Argus is already in Advanced Server (as of  writing 9/1). For more updates about the latest hero, Argus in Mobile Legends. Stay Tuned!
Next Post Prev Post