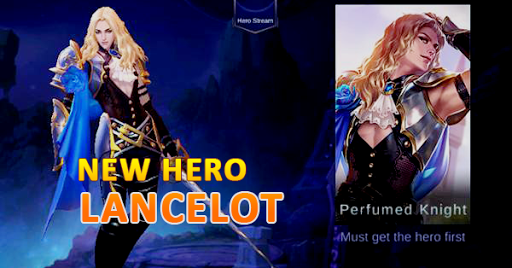 The game has released (advanced server) a new hero that will be debuting soon in the game. His name is Lancelot and you may think otherwise that he is really a SHE.

Well, he just has long blonde hair that makes him look like a woman but he is really a man. He wears armor on his shoulders and arms, which a knight would normally have and a black shirt and pants. He holds a rapier from what I see from his pose. 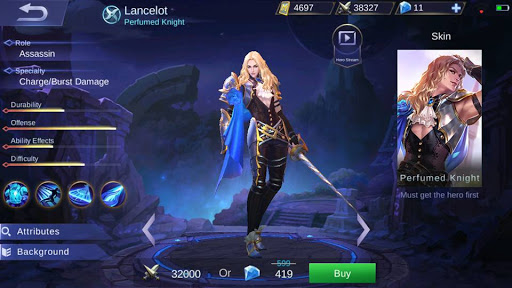 His role would be basically an assassin type of hero. Something we haven’t seen from a long time. Since we were getting Marksman, Support, and Tanks, it’s a nice change of scenery that an Assassin would be added to the game and would unleash havoc on the soft heroes in the enemy team.

His contributions on the game would be most likely on Offense as the priority. He has a decent Durability so he must be boosted with some health and armor items and his ability effects would be just fine.

His specialty would focus on burst and/or charged damage. I guess that would play well with his skills that involve those characteristics of the attack. He will be a great addition to the game, especially to the assassin mains.

That’s a wrap for Lancelot. For more information to the newest assassin, his gameplay and more about Mobile Legends, stay tuned for updates!
Next Post Prev Post