-->
You are here: MLPH » Tournament » MSC Game 3 Salty Salad and I Do Not Sleep (Replay) and Final Results 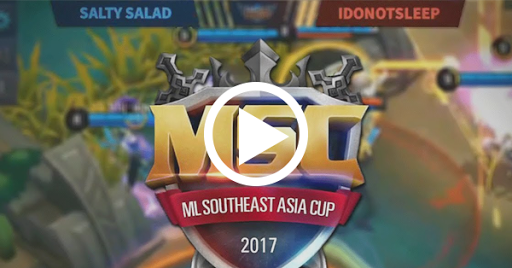 Mobile Legends have expanded into bigger heights and the e-sports scene has saw the game that it has a great potential to host a great tournament that would entice every gamer. Just recently, the MSC Five Nation Invitational has come to an end. The results have been shown and we’re here to tell the results.

It has been three months since the competition started and a lot of teams have participated from the five nations that have joined the tournament from Thailand, Philippines, Singapore, Malaysia and Indonesia. The nations didn’t disappoint the spectators from all around the world as it came to a great ending. The champion of the tournament is the Thai team, IDONOTSLEEP and they have gained 50000 US Dollars as the prize pool for the champions, which is a staggering amount. While they’ve gained the top spot, the others have shown their grit and grind to the game. They’ve tried to place higher and aced up the competition.

Here's Salty Salad, I do not sleep game 3 replay:

The Team Philippines have taken the top two spots after the champion, the Runner-up SALTY SALAD and the 3rd place, SOLID GAMING ALPHA, these two acquired 25,000 and 10,000 US Dollars respectively. 4th Place goes to Singapore’s IMPUNITY with 6000 USD in hand. The 5th and 6th Place wins 3,000 cash per team as Malaysia’s TEAM SAIYAN and Indonesia’s SAINT INDO took those places. Finally, the Indonesian team ELITE8 ESPORTS and Malaysia’s MYA JR gained 1,500 USD from the competition. These are all pre-taxed.

With the competition heating up, we could only see more potentials to these winners of the game. We do hope that more intense tournaments will rise after the MSC. For more information about the game and their tournaments, stay tuned!
Next Post Prev Post