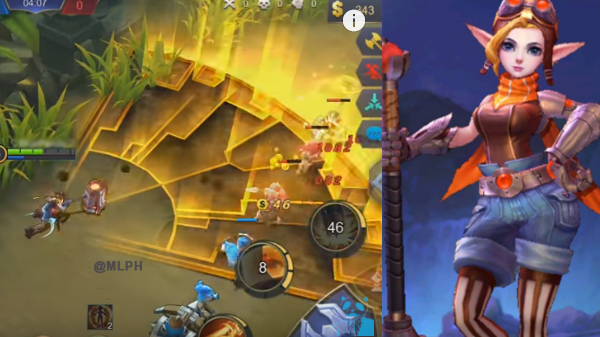 According to Mobile Legends developers Arnold, Lolita has the lower pick rate and had a few design imperfections.

She’s also a tank which doesn’t help her pick rate either, not to mention her rather lack of useful utility within team fight circumstances. Her skills also felt unresponsive and would sync poorly with each other, also her first skill lacked viability which is why we have decided to totally redesign this cute hero.

Lolita's role will remain but her abilities will be adjusted.

Hero Characteristics: A tank that can block projectiles for teammates.

Skill 1:[Charge]
Charges at the targeted direction for a small distance, basic attacks will have increased physical attack and range for the next 4 seconds.Tap again within the next 4 seconds to charge at the enemy target and stunning them for 0.5 seconds, upon conclusion of the stun effect, they will be afflicted with a decaying slow.

Skill 2:[Guardian's Bulwark]
Raises shield to block all oncoming ranged basic attacks and projectiles. After shield ends, tap skill again to launch Energy Blast, when Energy Blast hits a target it will deal with points of [C3physical damage] to the target and surrounding targets. (The more projectiles and basic attacks the shield blocks, the more damage the blast will do)

Ultimate:[Noumenon Blast]
After charging for 2 seconds will deal physical damage in a fan-shaped pattern in the targeted direction, the damage is based on energy charge, if casting after max charge, it will also stun for s (During charging, tap again to immediately fire). During charging, enemies within basic attack range will have their movement speed reduced by 75%.