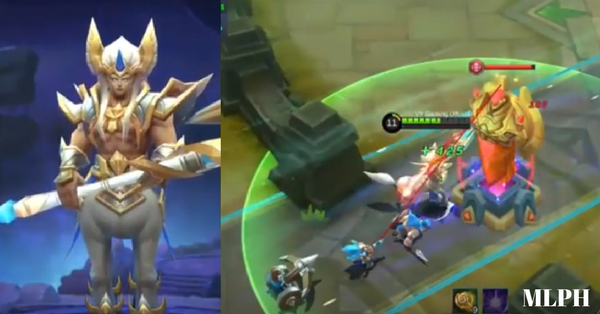 Welcome to the Advanced Server, Hylos the Grand Warden. Hylos is a new hero that has been released in the advanced server of the game.

His appearance is bizarre as his hybrid nature looks somewhat of a half-elf, half unicorn and his hair would be white. You may ask why did I use elf rather than human, well his eyes and ears are very elf-like and not human-like.

Also, why unicorn, because of his horns, but according to some of his abilities, he calls upon centaurs, so is he a centaur, probably, but he looks too majestic for a centaur though.

Nevertheless, never take him a little because of his appearance as he will wreak havoc in the lanes of the games and will bring fear to the enemy, why you ask, check what the role he would play.

From basing on his abilities, he would be a tank but a tank that would be a mana-hungry tank. But he can be unstoppable once played right. The idea of using mana items for Hylos' passive would contribute to his health as well making him tankier and having more mana. It seems that Hylos will be an invincible force if uncontrolled and as a tank, he does have great skills.

Hero Characteristics:
Tank who has a vast health pool that can also deal damage

Skill 1:[Law and Order]
Gathers natures energy and fire an energy ball at the locked on target dealing magical damage and stunning.

For more news and updates regarding Hylos and Mobile Legends, stay tuned!