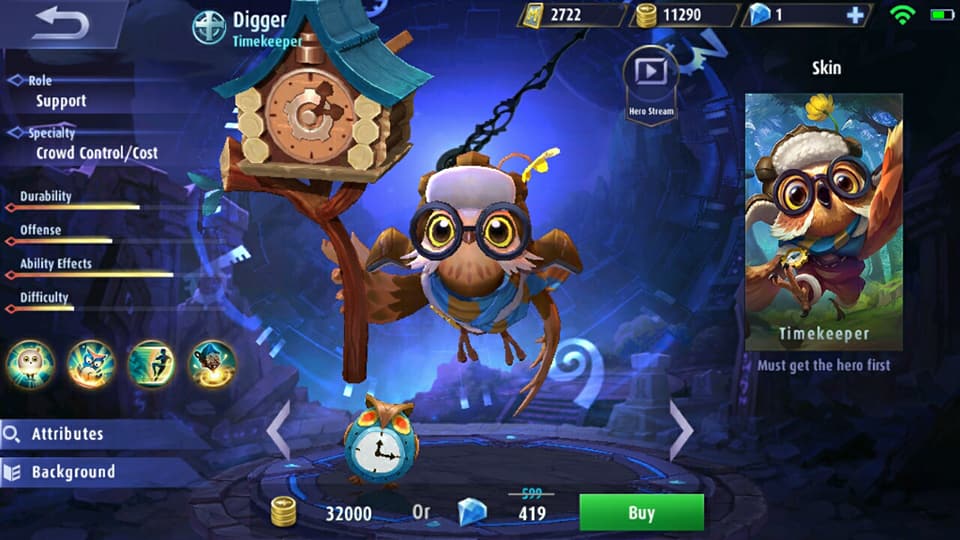 New support will arrive soon at the normal server, the Time Keeper - Digger 599 diamonds, 32k BP, 30% of the first week

Hero Characteristics: A support that utilizes time magic to assist his teammates.


Skill 1: Time Bomb
Throw an alarm clock in the targeted direction, it will explode after a set amount of time, dealing magical damage in an area and sunning, damage scales with tick time (during ticking, tap again to immediately detonate the bomb, if the bomb is detonated early, it will only slow instead of stunning).

Passive: Young Again
Time will reverse after death and Diggie will become an egg, the movement will be possible and Digger will receive all new chick Abilities. The egg form cannot be targeted, after a period of time, Digger will revive.

Skill 1: Disdain
Displays disdain at the enemy, dealing a small amount of damage to surrounding enemies while letting out anger.

Skill 2: Egg Dance
Happily dances his hometown jig, dealing a small amount of damage enemies and focuses them to stay and watch.

Skill 3: Victory Prayers
Rolls on the ground praying for the enemy's base to explode immediately, legends say that this type of action has 0% success rate.