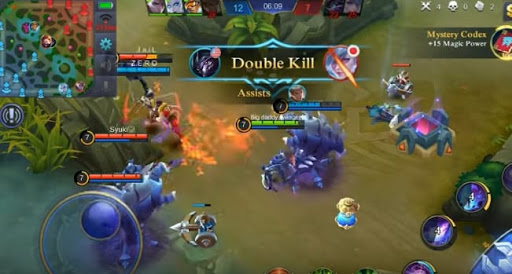 Now let’s get to the details and know more about this hero.

It has been a while since the developers of the game have created a mage hero for the ones who like playing mage. But fear not, mage mains for your time is here.

The game has introduced in the Advanced Server, Zhask. What’s more interesting about that hero is that it has been gaining waves of news surrounding him.

A lot of people have been telling he’s overpowered and can deal massive damage. On top of that, he has four skills! Four skills! I know that this should not be a big hype as Lapu-Lapu and the others have 6 skills but this one is dependent rather than pressing ultimate. So more skills to use then it means more power! But we will leave the skills in a next article as we focus more on the capabilities of the hero.

You want to know more about him, his auto-attacks are lasers! You thought that his autos are a close range as if it doesn’t hit an enemy it won’t hit but trust me it will! His role will be a mage and his specialty is a poke and push tactic. It means it will be a more objective-oriented hero as it makes you push the turrets even further!

Here are 3 Things You Must Know About Zhask! Mobile Legends by Askvell


More information will be on the way so if you are hyped regarding this hero, stay tuned as we give you more of the news!
Next Post Prev Post