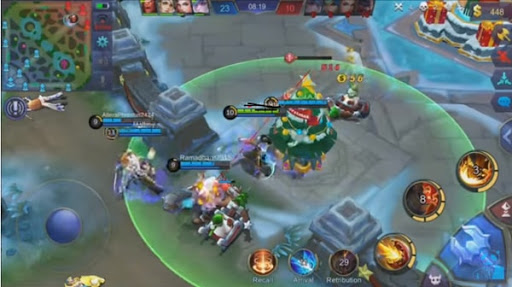 Have you heard the sleigh bells ringing?

Do you see Christmas decorations and hear Christmas songs everywhere?

Well, you have been visited by the spirit of Christmas, the month is December and the whole world is rocking in with the Christmas cheer so of course, why won’t Mobile Legends join in the fun?

This December, the game has offered game modes that everyone would sure enjoy, why? Well, it’s like your normal game but with more changes. What are these changes? Heroes with MODIFIED skills!

Mobile Legends released this mode with heroes having their skills tweaked to become stronger and more fun! It means that some heroes may have overpowered skills than their usual ones. One of the examples here is Saber instead of having the usual number of swords circling him, he will now have EIGHT swords around him and that’s not all out there, new heroes are being released every patch update for the Christmas game mode so if you would like to have fun for a while and forget being competitive, join in the Christmas fun with League’s Christmas Game Mode!