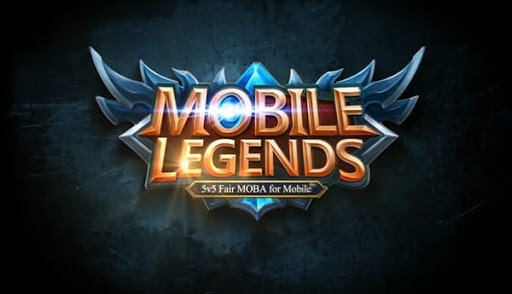 I. New Heroes and Revamped Heroes

[Sniper]- [Lesley],599 diamonds,32000 BP, 30% OFF first week
Role: Ghosty sniper-type marksman hero, killing in a long range.
1st Skill:[Master of Camouflage] -- Enters Camouflage state, dealing or taking damage will cancel the state. While in Camouflage state, the space around her is twisted that can be noticed by enemies.
2nd Skill:[Tactical Grenade] -- Throws a tactical grenade, dealing physical damage to enemies and knocking them back while she steps back a little.
Ultimate:[Ultimate Snipe] -- Abandons her senses and captures all enemy moves in an area by her mind. Shoots out a deadly bullet, dealing physical damage. The bullet can be blocked by another hero.
Passive :[Lethal Shoot] -- Hitting an enemy with a bullet grants energy. If she doesn't take damage for a while, her next basic attack has a longer range, dealing extra damage. Using any skill will reset Lethal Shoot's cooldown.

[Freya]
Godspeed Strike: Mana cost adjusted to 45+skill lv10 from 75+skill lv5
[Franco]
Wasteland Force: Trigger adjusted to "doesn't take damage for a short time" from "leaving combat"
[Yi Sun-Shin]
Blood Floods: The first enemy hit takes full damage, the next target takes 20% less damage etc., up to 40% less. Movement speed reduction while charging adjusted to 20% from 30%
[Alucard]
Improved battle effect
[Balmond]
Improved battle effect
[Lancelot]
Thorned Rose: It only gets 40% of spell vamp
Phantom Execution: Physical scaling ratio adjusted to 1.8 from 2.5
[Saber]
Flying Sword: It only gets 40% of spell vamp
[Vexana]
Basic attack indicator adjusted to the same as actual range
[Kagura]
Seimei Umbrella Open : AP scaling ratio adjusted to 1.3 from 1.5
Yin Yang Overturn: With umbrella, basic damage adjusted to 260/330/400 from 250/300/350
[Bruno]
Improved skill and basic attack effects
[Zhask]
Nightmaric Spawn: Improved HP bar and removed unnecessary elements
[Chou]
Shunpo: Slightly increased distance when moving over terrains
[Hayabusa][Fanny]
Adjusted recommended gear sets
[Pharsa]
Improved Pharsa's skill audio effect to make it smoother
Wings by Wings: Improved the effect that model will display on top instead of being embedded into the rock
Energy Impact: Fixed the issue that when using this skill, the audio effect may not be complete
Feathered Air Strike: Basic damage adjusted to 500/600/700 to 400/520/640, cooldown adjusted to 8s from 10s
Feathered Air Strike: Improved the control. Now during the 1 second while casting, indicator can be dragged into the target location in advance. Players can judge if the 1 second is over by the color of indicator: Red means it's still during the 1 second and white means skill is ready for cast.
[Helcurt]
Shadow Raid: Adjusted the actual effect area to the same as the indicator
Race Advantage: Fixed the bug that it is affected by cooldown reduction

1.Improved some A.I. behaviors
a. After recalling, A.I. will leave the respawn when HP and mana is full
b. A.I. will be more intelligent to use recall or walk back to the respawn
c. A.I. will not cast skill on turrets
2.In Emblem System, keep the consistency of "Spell Vamp" in skills and the effect - Bloodthirst. This attribute means "regen HP from skill damage". Improved the effect of moving numbers of lifesteal.(Now multiple numbers from one damage will be combined into 1 number. When the number is lower than 50, it will not be shown.
3.Improved the camera movement after each match
4.Slightly adjusted the map of Brawl. Now there are 4 jungle monsters on both sides. Kill them grants huge amounts of HP and mana.
5.Improved the effect of surrender to make it more obvious
6.Speed up the regen effect after recalling
7.Now hero will be invisible 0.3s after he/she enters a bush
8.Improved backswings of some flash-like skills

1.Added Emoji, players can now send emoji in chat
2.New heroes added in Christmas Mode:[Rafaela],[Bruno],[Minotaur],[Ruby],[Yi Sun-Shin]
3.We found that the pace of Christmas Mode is too low and made the players lose interests in the matches. We aim to make this mode easy and fun.
So we adjusted some values to make it more fun and exciting.
a. Resurrecting time increased to 6s from 2s
b. Gold per second increased to 4 from 2. Players now have 900 gold instead of 300 gold at the beginning.
c. Players will start the match from lv.2 instead of lv.1.

1. Added new tips: No Favorite Hero and No Replay
2. Added new feature: Tapping on other player's national flag to check the name of the nation in Profile
3. Added Facebook page sharing feature: Player can now share his/her own Facebook page in State.
4. Improved recent visitors tips in Profile
5. Added tutorial of picking heroes in the first Brawl match
6. Improved Ping display
7. System will recommend to switch graphic when the frame rate is too low
8. Skins will be auto-used when selecting skins
9. When the skin effect resources are not downloaded yet, default effects will be used instead
10 Increased the number of local replays. Latest 5 matches are auto-saved. 10 matches can be saved manually. Players can now upload abnormal matches.
11. After a friend leaves the room, state of the room can be refreshed on time now.
12. Improved the red spot in friend application. It will not be shown once read.
13. Improved the display of iPhone X's home bar. The home bar will fade away when not touched in a short time.