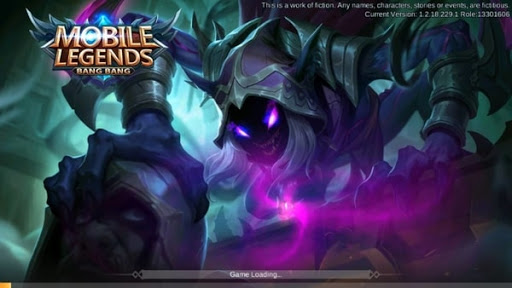 A skill-based assassin will need a lot of advice in order to become skillful as his fellow silent killers. Helcurt relies on his flurry of 2nd after a jump on 1st skill in order to successfully to the combo. Unless you want to go all-out using the ultimate, that works well too in order to quickly kill of squishies.


For the other tips, here we go!

I know that staying alive and avoiding the enemies to get fed in the first moments of the game is key in order to win in the mid to late game, but please bear in mind that assassins have one role in the game which is to pick off enemy ADCs and mages, don’t worry about getting killed in the early game as long as you are playing your role right.

That means, taking out the ADC even if getting killed or making sure that a kill is secured if the enemy had the opportunity to flee. Some even said that those who don’t play their roles for the sake of survival tend to have a bad game and loses the entire match just because of this flaw, head out and kill those squishies as long as there is a trade.


2. Get kills early without overcommitting

As said earlier, get kills early for you to build your core items as Helcurt. Once Helcurt gets his beloved attack speed, he will start tearing down enemies and your team will get the lead. So in order to get those items that Helcurt needs, you need to get kills and get them early. But with the goal of getting kills early, do not overcommit.

See, this is the most common problem, gamers face especially those who play in MOBA, the player engages on the enemy, the enemy flees and instead of gauging his chances of success, chases him instead.

What happens? There’s a big chance that the enemy team will ambush the player causing him to get ganked and feed the enemy. One should know when to disengage and when to hunt the enemy relentlessly. Your goal is to get fed and not feed the enemy. So know your risks and get those kills.

As an assassin you get to choose which lane you want to ravage, with the exception of the middle lane as chances are your mage carry will be there in order to carry your team in the late games.

So, you have to pick the top lane or the bottom lane, now decide what to pick because the chances of winning and losing the entire game can also be in choosing the correct lane as well. For example, if you have a tank in the enemy team, it would probably pick the top lane, so should you go there? No. You will only get killed off because he has the durability to withstand your bursts, so pick your matchups!


4. Don't initiate the team fight unless you have the advantage

Team fights are usually the most impactful part of the game and you should be careful and just follow your role when it happens.

For Helcurt, he is an assassin so it wouldn’t be wise to charge through it because you will get easily be dominated by the enemy team. Let the tank start it. Your goal in team fights is to kill off squishy ADCs and Mages to ensure the team can focus on the fighters and secure the win in that fight.

Unless, you have a proper reason like a successful trade or unless it contributes to the team’s success, don’t start the team fight and follow your role.

This is what you call an “impact kill”. Impact kills are kills in the game that would make the game turn the table to the other side or not, the impact of those who got slain is vital to either side.

If someone from the enemy team is farming for gold in the other lanes without a hero, then it’s your duty to kill them off before they become strong. Impact kills make or break the game so make sure to get them.


6. Get the burst to kill off the enemy quickly

Assassins are known to have one-shots or burst attacks that would end an enemy quickly.

Great assassins know how to finish a fight in seconds. Helcurt has the burst damage when he gains 5 spikes from his second skill passive, from his first skill jump to second skill so use it correctly in order to win against enemy heroes.

If you master this burst, you can obliterate any enemy that stands in Helcurt’s path.
Read also,

Any assassins would always need the fundamentals of the role in order to play the game correctly. Helcurt can survive and get some kills with his first skill as a chase and escape mechanism.

Helcurt is dependent on attack speed but with his burst after the auto-attacks, he can ensure that nothing stands in his way. It’s not Helcurt who will decide the further actions such as kills and strategy, it is up to the player in order to win it all using the Shadowbringer, Helcurt!

It’s in the player’s capacity if he can bring Helcurt’s potential to its realization. So, do you have what it takes? The Shadowbringer is waiting.