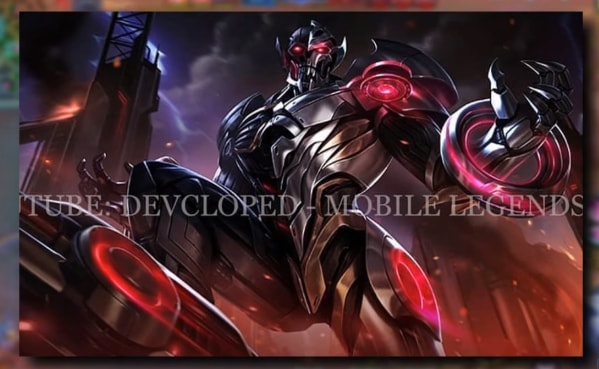 Now, we have seen Codename: Storm of Saber as it has been released earlier than Gord’s skin but if you see there are a lot of similarities of these two, including the robotic design that we are given.

The skin really reminds me of Ultron, from Marvel’s The Avengers: Age of Ultron.

Gord has a body that is fully geared with metals from head to toe. He has floating rings on his wrist. He also has circles on knees, feet, and shoulders that shine a glowing red in it. He also has sharp claws in the art and red eyes with pointed ears.

Of course, everything is metallic on Gord. There has been no showcase of the splash art, hero preview animation, how much the skin will be, the special effects or other news as of yet.

It seems like the developers would want to polish the skin further before releasing it. It is with high expectation that Gord will be played a lot with this new skin, especially those who want to get more skins in the game.

It will be Legendary though so expect an expensive price for a great skin like this.

This is all the news we have for now for Gord’s new skin. Gameplay and effects will be given soon so stay tuned for more Mobile Legends news!
Next Post Prev Post