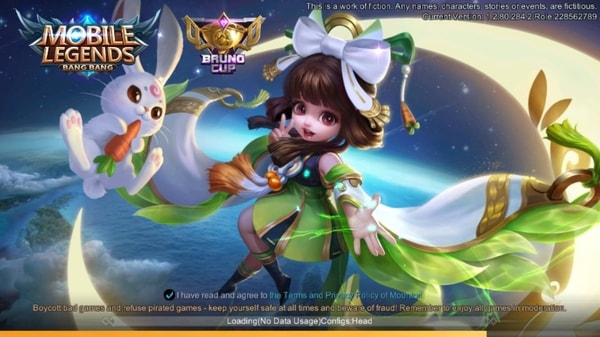 If you think that she is not that strong then you are only fooling yourself. She can be deadly, quick and control the battlefield if you falter.

With this let’s start discussing the newest hero in the game, Chang’e.

Chang’E is the little sister of Zilong and ever since she was a little one, she was gifted with magical powers from the start.

Her role will be a mage with the specialties of regeneration and poking potential. Her kit revolves around having crowd control and spells that can damage enemies from afar. Be warned though, her spells are filled with skill shots especially her second so be sure to hit those enemies for you to be an efficient Chang’e player.

Her affinities show her that she is not durable which is understandable for a mage like her. Her offensive capabilities are not that great as well as she is not a carry but the specialty of hers lie in the ability effects which she has a great affinity to and finally with all that said in the skill shots, she is quite difficult to learn but if mastered, Chang’e can be a great game changer for any team that can execute in close ranges.

Chang'e is the youngest disciple of the Great Dragon, From an early age, she exhibited amazing magical potential, quickly mastering the Great Dragon's greatest spell - The sacred Satellite. From then on, Chang'e earned the Great Dragons eternal love.

However, Chang'e had an energetic and fun-loving personality that gave the Great Dragon quite a few headaches. Finally, he asked Zilong, his adopted, to look after Chang'e. The Great Dragon was hopeful that Zilongs diligent and determined character could help guide Chang'e Zilong came to love the vibrant and intelligent Chang'e.

They often spent countless hours together, practicing magic and finding divine creatures to play with. Chang'e also loved spending time with her big brother, Zilong. Her favorite part of the day was at the end of training when ZIlong would carry her on his back on their way home.

During the second War of the Planes, Zilong assisted the wise rulers of the land, traveling between worlds. After he left, Chang'e returned to her naughty and childish ways.

At the point, the great Dragon was not sure if there would be another day of his scared pills by accident, thinking it was candy. The Great Dragon immediately cast Chang'e out of his sanctuary and ordered her to assist Zilong and make up for her mistake! Even then, the Great Dragon felt compelled to give Chang'e his precious Crescent Moon to protect her. 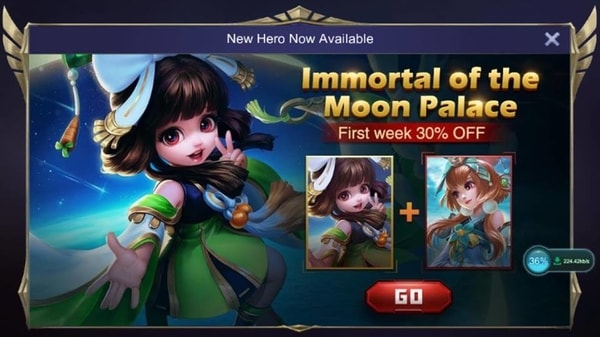 Hero Specialty: A mage with the ability to raise magic attack without limit, featuring strong sustained DPS and ability to push lanes.

Unleashes 5 Moon Blades in succession. Inflicts magic damage to the first enemy unit to be hit by this attack and 60% to surrounding enemies. Causes a temporary slow effect. When 3 Moon Blades hit the same target, they will cause a stun effect (once).

Chang'e launches a rabbit missile forward, which deals magical Damage to the first enemy hero hit and then immediately splits into 6 small missiles that continue chasing the target. It the rabbit missiles do not hit an enemy hero, the missiles will travel to their maximum distance and then split into 6 missiles once more, randomly chase the nearest targets. When enemy units are hit multiple times, missile damage is reduced.

While a skill is an active, Chang'e gains one stack of Rabbit Blessing every time she inflicts damage upon an enemy hero. Once Chang'e has accumulated a certain number of stacks, she can exchange them to permanently boost her magic attack. Upon death, Chang'e loses some stacks. (Stacks that were already exchanged are not affected.)

Flicker - Teleport a certain distance in a specified direction.

Her late game would probably be the best in the game phases as in the late game, mages have been equipped with the best items for their maximum efficiency and her skills are practically great to sweep an enemy team in the team fights.

And that’s all we have for today, would you like to pick up Chang’e can devastate the mid lane as soon as possible?
For more information about the newest hero, Chang’e and updates on Mobile Legends, stay tuned
Next Post Prev Post