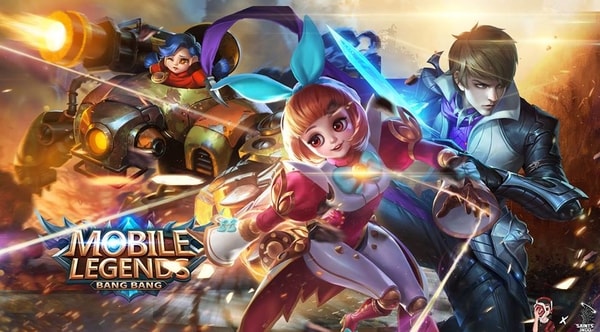 For one to be meta, they must have skills that can contribute and has a great effect on the team and can carry games whenever possible.

The current item builds and team composition synergy must be there to make sure that they don’t mess up the game easily and finally, the hero has a high win rate in ranked games. So now let’s unveil them one by one.

There will be a lot of times that people will call a verity of champions to be overpowered but of course that is pushing it too far, the perfect description for them may be either perfect for the meta or viable. So let’s dig in and discover who are the meta heroes in Mobile Legends!

His kit is built with efficiency for a mage, a passive that can reduce cooldown spells by hitting enemies is just a treat! As long as you get to hit enemies, your skills can be casted even more! With the other skills having the ability to easily hit enemies like the second skill which locks in enemy heroes, this paves your way to hit them more for more damage and skills. Cyclops is great for teamfights because of this fighting style, the more skills he hits the more damage he can bring for his teammates to win the trade and that’s why Cyclops is the first one in our list.

An offensive mage with the power to decimate enemies when not kept in watch. His passive makes him a beast when he comes to the team fight. He can also juke you up with escapes and has an ultimate that can make you a juicier target for him. Be careful when you get caught him or you’ll be toast. A great Harley player can carry a team and if behind can spark a comeback, that’s why Harley is counted as one of the viable heroes for rank!

A great Kagura can make the enemy team confused and can annihilate them if they are not careful. Kagura is great for a lot of reasons, her passive always makes sure that she gets her shields when the going gets tough and the skill synergy to her ultimate that can deal a tremendous amount of damage is something to look out for when you play against her. However, for you to become a great Kagura player and do what the greats do, you need to practice her a lot. She is a difficult hero to use but once mastered, it can help you climb to a higher rank so pick her up and try to become great as her.

Now it’s time for a Marksman to put a case here. Lesley is a sniper and range is important for marksman but that’s not all. Her build is made to wreck enemies, her passive makes her deal a lot more crit damage if you have physical penetration making tank and squishies cry for help. He has escaped and evades tools with his camouflage and his ultimate can deal a lot of damage in a long range. If you don’t deal with her before she can build up, she will be a treat in the later games. Late games are the games where Lesley shines, his auto attacks are enough for you to deal massive damage to enemies, so if you are sold with these go and carry your games with Lesley!

A support that can augment your movement speed once attached, Angela has a lot of uses and is a great support. She can immobilize and slow heroes for the marksmen and the other allies to finish off. She has a healing mechanism and she also has an ability where she can shield an ally just about time to attach to her, protecting her and augmenting their movement speed via her passive and since she can still use spells. Angela can be the aggressive support your team needs to secure kills or two. If your team needs that then Angela is the go-to support for your team.

The panda is still in the meta and for good reason. He is a tank that has a shield and can initiate team fights with a chance to survive. His ultimate makes him not afflicted by CC and deal a lot of damage, he can use Thousand Pounder with his ultimate, Hurricane Dance, to combo an area where it’s filled with enemy heroes and once they are stunned and damage, the team comes to clean up the mess, a team fight initiator and a tank, something that rank games need to win the games and Akai can bring it, no problem.

Another tank but this one can get health from mana, meaning you can spam abilities from it since every mana gained is also a health point gained, making him dependable either in tank or more of an off-tank build with mana based items as a basis. He can also spark an initiate with his ultimate and abilities that can CC and slow enemies down to a crisp. Hylos can be used as a tank and a spell user that can chase them, enemies, if you play that way then we suggest you pick him.

This transformer has a lot of CC and you can get to the fight easier with him via his ultimate. He also can get a lot more armor and he shields whenever he is on low health. Stuns and slows are in his alleyway with his first and second skill working together to make sure that the enemy is locked in to be killed by the enemy. He can also save teammates when the going gets tough with his ult. He is a tank that looks and plays cool that made him in the meta for this season.

An assassin that can silence enemies and make them nearsighted is a great assassin since they will have a harder time to react whenever he is on the prowl, he can deal tremendous damage too, marksmen need to stay away from him to be alive. A great Helcurt player will know when to strike an enemy and who to pick off for the advantage of the team. Assassins role is to take down squishies in the flanks, if you prefer focusing on squishy mages and marksmen, pick Helcurt to climb in rank!

Cue the music from Attack On Titan, this assassin makes her way to kill off enemies as long as there is a wall to go on to. I mean seriously, Fanny’s strong points are the walls, she uses energy as a skill resource making her go crazy on walls if she pleases and the energy are sufficient. She can just go around and around to the walls dealing damage to you as she moves away and can take you down with enough marks dealt while she is damaging you mid-air. If you want to play Fanny, make sure you use walls as your advantage to move around and kill enemies. The walls will also be useful to maneuver to the areas of the squishies and focus them as the assassins’ role is to take them out first, Fanny’s mobility will be great for that mission, making him viable as the said reason earlier.

As the most used hero in Mobile Legends, there is an underlying reason why so. His abilities can burst down any squishy enemies in the area and with proper execution and movements, he can make fun of enemies, the damage he deals when he faces enemies are hurtful that a lot of players pick him for a reason. Sure, you will have a hard time in locking him down since players might pick him first before you but if you do choose to play him, play him well. He can suck or he can rock depending on your play style.

This assassin’s specialty is mobility and low cool down. His abilities are based on reusing skills and reactivating it whenever the chance is right. With this, you can make sure that you hit the enemies before recalling it to your side again. His passive lets you deal more damage and recover some of yours and finally his ultimate, he can create 10 daggers if willed to by a combination and the damage dealt by those might be enough for a kill. Movement and position is key to playing Gusion so if you know how to position right, play him!

a fighter that can duel enemies and every time he uses his skill grant him attack speed, that’s his specialty. With Martis, you can deal a lot of damage with your other abilities and while these are being exhausted, you can attack more and more until your ultimate is ready. You can use the ultimate even if the enemy is not ready to be executed once you release it, but you will not be using your full potential if you do since his ultimate can be used on an enemy hero and reset if killed using that skill, it is wise to make the ultimate, the killing blow so that you can use it again and kill more enemies, what’s more, is that every time it does kill the enemy hero, Martis will get more movement speed to chase someone down so if you like this play style, carry your ranked games with Martis.

Fighter with jack-of-all-trades skill set. His passive can let you damage more even if you built tanky because the stacks make your hits deadlier than the first one combine with his first skill to ensure your damage is hard enough for them to flee but stun them with your second and if they escape, ultimate them to ensure a kill or two. This is effective in team fights as your second and ultimate can stun enemies and knock back others which can cause distortion to the enemy team. With Jawhead being durable yet deal damage, this is a great pick for team compositions that lack tankiness. Pick him to be a tanky yet an efficient damage dealer.

She makes sure that the enemies will not escape her presence with slows and abilities that make them return closer to Ruby, she has a lot of gap closing abilities that a fighter needs to skirmish with and what the team needs to secure kills. She also can move in a lot of direction with her passive. Finally, also because of her passive, her sustain can be maintained with her equipment, so get her some life steal items to keep her alive in team fights.

These are the heroes that are viable in the present meta. What explained there are skills that make them great as individuals but combined with teammates and the proper choice of items, they will be great for carrying.

Remember, ranked games are usually dictated by the team composition so proper communication is key to win those. You cannot control your team as usual since the majority of the times, they are not your friends in real life and you are in solo queue so you really need to take it up to yourself to carry the game and fight for your points and promotion. Fight on and win, come back if you must!

And with that we wrap up this list, are you ready to ascend to the rank levels and beat them all? Make sure to try these heroes out and fight for the glory of this season! For more information about the meta and strategy revolving Mobile Legends, always be updated by our updates and posts to be informed about the game!
Next Post Prev Post