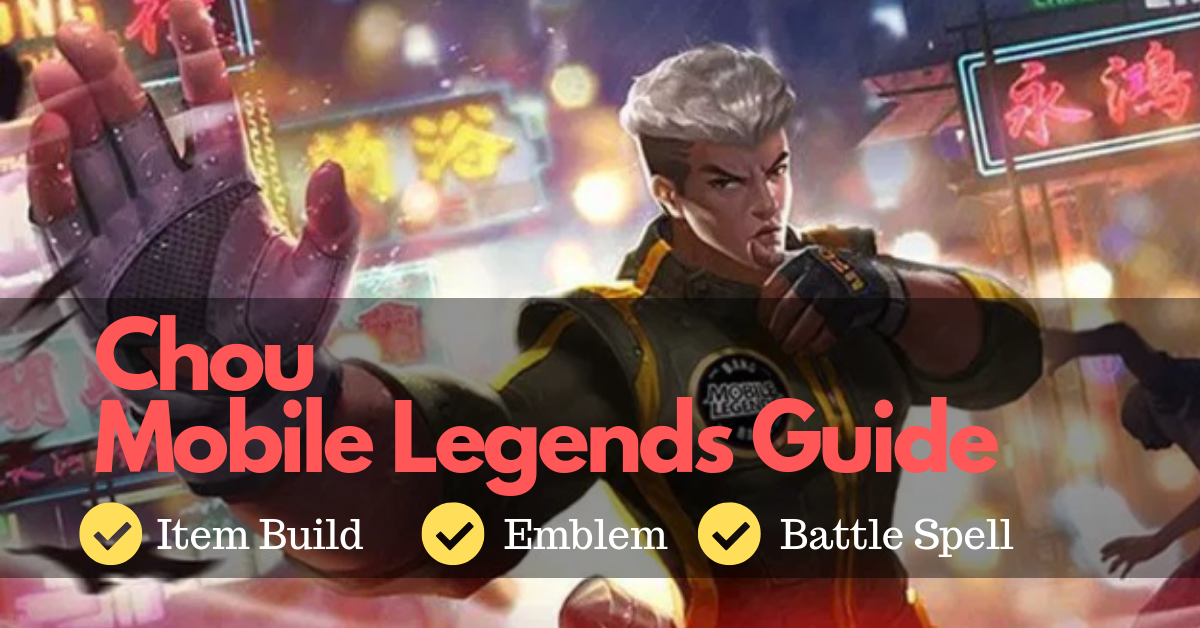 Over the past few months, it’s apparent that Chou is finally back to take the meta by storm in Mobile Legends. Everyone would sure pick him up for a game or two, and we know you want it too, but do you have what it takes? Well, with a few tips from us and you will be. Now let’s revisit Chou and guide you along the way.

Chou is a fighter which can deal incredible amounts of damage, his high durability, and high offensive affinity makes him perfect for those who want to get a win easily. Since matches need either a hitter to deal damage to the enemy or a tank which can absorb and take the brunt of the enemies’ damage, Chou is always needed on the fray, either as a tank or a damage dealer.

Dragons are usually powerful beasts that can withstand amounts of damage while being able to return the favor to the enemies, if your team lacks a tank or needs a proper one that Chou could fit the bill in order to sustain the team composition and win the fight. Basically, you need to make sure that you are tanky enough to survive hits while contributing by targeting vulnerable enemies in a team fight.


Wings of the Apocalypse Queen 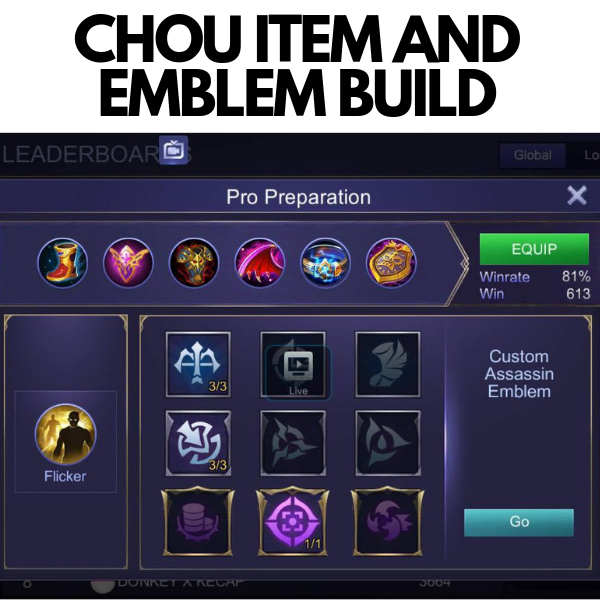 For emblem, take the assassin emblem, even if you are a tank, there are still a lot of benefits for taking the assassin emblem, have damage early game. On the talents portion, take Bravery, Invasion and High and Dry. These will help you to get some advantage in your opponent on the enemy side.

Take Flicker, it’s the most effective tool for Chou. He can use it both for escape and chase purposes.. Since Chou can demolish an enemy even in tank, it is important to give chase to the enemy when necessary and retreat if the plan goes to become a failure.

Chou in Tank mode can be an efficient wrecking machine despite focusing on getting tougher and resistant. His abilities can help the team secure a kill and even with soloing an enemy tank is possible with the items that are chosen for Tank Chou. So what are you waiting for, get those stars and win the game as Chou.

But what if you want to be a pure fighter, dealing an immense amount of damage? We will cover that in the next article! To know more, stay tuned with more Mobile Legends News and Updates!